Nutritional Epigenetics and Our Health

You are here: Home / Nutrition / Nutritional Epigenetics and Our Health

Nutrition has a significant impact on our health. Not only does proper nutrition make us feel healthy, but it also impacts our genome. The human genome is all the genes in our body, and the epigenome is all the chemicals that influence our genes. These chemicals come from environmental factors, and a large environmental factor is the food we eat. Nutritional epigenetics reveals how the food we consume every day has an impact on the chemical processes in our body.

Epigenetics is the study of DNA modifications that can change gene expression and result in phenotypic changes (1). The epigenome refers to all of the chemical compounds that have been added to our genome. These chemical compounds regulate all the genes in our genome (1). They affect the way our genes are expressed by controlling which genes are on and off, and which proteins are produced. Environmental factors like diet and exposure to carcinogens can result in epigenetic changes (1). Epigenetic modifications remain through cell division and are sometimes inherited from our parents (1).

DNA methylation is regulated by a family of enzymes called DNA methyltransferases. There are 4 enzymes in the DNA methyltransferase family: DNMT1, DNMT3A, DNMT3B, and DNMT3L (3). All of these enzymes play an important role in turning on and off genes. When the genome is not properly regulated there is a risk of chromosome abnormalities and cancer development. DNMT1 is the most abundant of the 4, and it plays an essential role in the maintenance of DNA methyltransferase.

DNA consists of 4 bases: cytosine, guanine, thymine, and adenine. There are components called CpG islands in the human genome. These are cytosine-guanine pairs that repeat (4). DNA methylation is the addition of methyl group to the cytosine residue in a cytosine-guanine pair by a methyl donor (4). An example of a methyl donor is S-adenosylmethionine. This chemical is what all 4 enzymes in the DNA methyltransferase family use as a methyl donor (8). In a healthy human genome, there are a few CpG islands but the ones present are usually methylated (4). During cancer development, less gene methylation is present, and genome instability occurs, as well as damage to DNA (4).

Histones are proteins in our cells that package and create structural units out of our DNA. They help DNA coil and form into a chromosome. Histones are highly involved in cell division and cancer (6). Histone acetylation is the addition of an acetyl group, and it is a very regulated process that plays a role in cell life cycle, DNA replication, and DNA repair. It promotes gene expression because of the open chromatin structure it creates (4).

The epigenome has the ability to be manipulated. Epigenetic alterations typically occur in early life but those that occur in later life, such as methylation patterns, are also influenced by diet and lifestyle choices (4). Often times, it is not our genes alone that cause tumor formation in our bodies. In the study of nutritional epigenetics, we can see how lifestyle factors influence the development or prevention of cancer (4). Colon cancer is an example. Research shows that 45% of colon cancer cases could be avoided by changes in diet and lifestyle (4). It is possible that epigenetic modifications can be used biomarkers. Biomarkers are measurable substances in our bodies that indicate the presence of a disease (5).

Nutritional epigenetics tells us that there are multiple dietary components that can either increase disease risk or aid in cancer prevention by influencing epigenetic modifications.

Some nutrients/foods that help prevent cancer by epigenetic effects are:

Genistein is a chemical compound found in soybeans (4). It is linked to a decreased risk of prostate and breast cancer development. The epigenetic mechanisms responsible for these effects are the demethylation of promoters involved in these cancers, and the inhibition of DNA methyltransferase (4).

Resveratrol is a compound found in grapes and peanuts. Like genistein, it is associated with a decreased risk of prostate and breast cancer through inhibition of DNA methyltransferase. The compound also decreases expression of androgen (4).

Epigallocatechin-3-gallate is a compound found in green tea that is known to decrease tumor growth in pancreatic cells and helps induce apoptosis (cell-death) which helps kill cancer cells. The epigenetic modifications associated with this compound are the inhibition of HDACs and suppression of promoter methylation (4).

Isothiocyanates are found in cruciferous vegetables (kale, broccoli, cabbage, etc). This is a useful food component as it is linked to decreased tumor formation in lung cells and also aids in apoptosis (4).

This compound is found in flaxseed and has been shown to reduce ovarian cancer and help in cognitive function (4). Linolenic acid is linked to a decreased expression of the enzymes called COX1 and COX2 which are inflammatory enzymes.

Folate is a form of a water-soluble b vitamin and can be obtained by eating the proper amount of dark green leafy vegetables (4). The epigenetic mechanism folic acid plays a role in is IGF2 methylation. IGF2 is the gene that produces a protein called insulin-like growth factor (7). The insulin-like growth factor promotes healthy cell differentiation (7). Researchers are still trying to understand the effects that DNA methylation variability has on fetal development. However, studies show that DNA methylation of the insulin-like growth factor could influence fetal growth and development (7). Abnormal fetal birth weight is linked to a higher risk of type 2 diabetes and cardiovascular disease later in life (7). In some cases, abnormal fetal weight is associated with an unhealthy body weight later in life, and even obesity. Scientists also believe fetal development is associated with the long-term programming of metabolic pathways (7).

Nutrients to be avoided

Obviously, there are some food components we should avoid for healthy gene expression. Trans-fatty acids are found in processed foods and in some cases, they are present in meat. The western hemisphere produces a lot of foods containing trans-fatty acids, so it is important to be mindful of this compound.

Some of the most common foods containing trans-fatty acids are (10):

In 2015, the U.S. Food and Drug Administration decided to start reducing American’s consumption of trans-fats by giving companies 3 years to reformulate their processed foods to leave OUT trans-fats. This in hopes to reduce death by cardiovascular disease and heart attacks (10).

Why Focus on Nutrition?

There is a substantial amount of aspects that we cannot control regarding our genes. However, nutrition is a tremendously important element of our epigenome. The vitamins and nutrients in our food fuel our body. Once in the body, they enter metabolic pathways that turn them into useful molecules (11). Methyl groups are produced by a metabolic pathway. As previously mentioned, methylation can seriously alter gene expression (11). Consuming a healthy diet full of proper nutrients ensures a healthy gene expression. 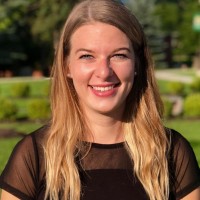 The Role of Nutrition in Gene Expression
Next Post: Genetic Impacts of a Healthy Lifestyle